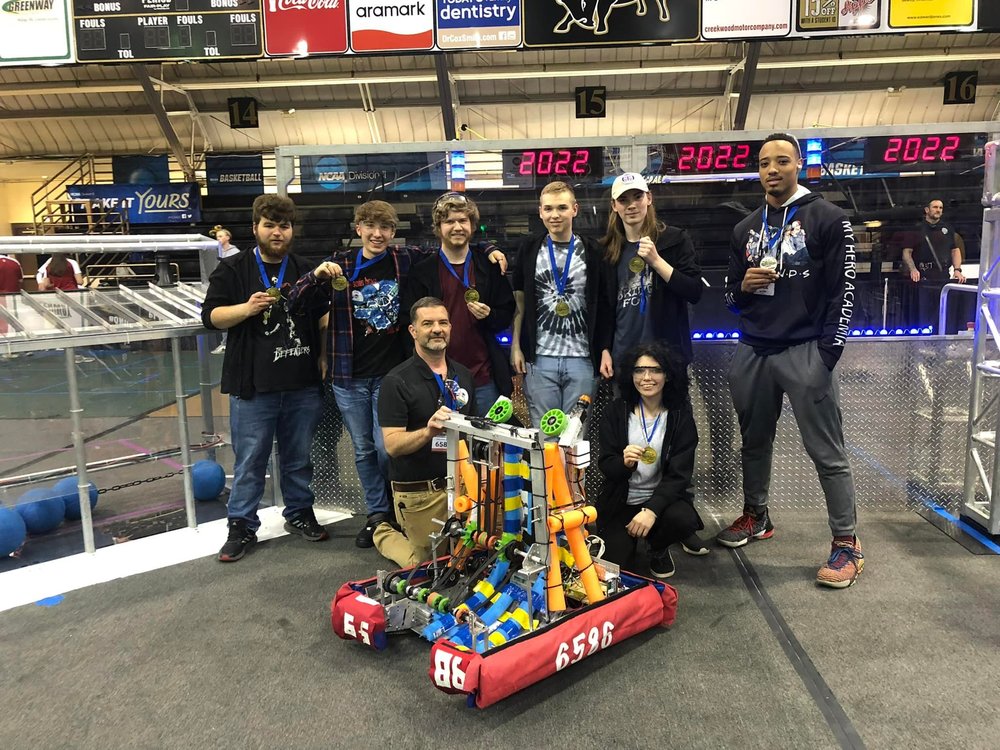 The AHS robotics team is heading to the Global Championship. This is the team’s first win at the regional level resulting in an invitation to the First Robotics Global Championships in Houston on April 20 - 23. “The win has definitely reenergized our team and the program after being off one year due to COVID-19,” said Team Sponsor Mr. Chris Brisco.

The AHS six-member robotics team began competing in the First Robotics Competition (FRC) in January at the Searcy FRC kick-off event.  During the first week of January each year, all the FRC teams wait for the simultaneous release of the game details world-wide.  From that point, teams begin meeting weekly to design, test, and code the robot to accomplish that year's task.  By the end of the build season, the team added workdays and hours until they developed a working robot to compete in the event.

This year, the regional contest was comprised of five practice rounds and thirty-eight competitive rounds of 3-on-3 competition of randomly selected teams paired together. At the end of the qualification rounds, there were five playoff rounds in a double elimination tournament.